HOME OF THE MIGHTY BLUES

Numurkah Football Club was established in 1882 and has a very proud history. We are currently enjoying a period of excitement and strength, with a huge membership and flourishing success through our junior and senior ranks. We now enjoy the very best in facilities, arguably the best in country football. Our future is an exciting one.

Our club fields Football Teams in all levels of the Murray League, namely 1sts, 2nds, 3rds (U/17) and 4ths (U/14s), as well as managing two primary schools teams, namely a grade 3/4 team and a grade 5/6 team in the Shepparton Junior Competition and run an Auskick Program for our youngest footballers.

Numurkah also enters Netball teams in each of the Murray League divisions, namely A, B, C and C reserve. Similarly, our junior ranks are strong with teams in under 17, 15, 13, and 11 divisions. This is supported by our Junior Netta program.

Numurkah FNC provides opportunities for all our young stars of the court and oval.

2018 sees the inception of Girls Footy for our Under 18s. The girls train on Tuesday afternoons with training and playing times working around Netball commitments.

Our club is very proud of the programs and support we provide for our many families. No other Murray League Club matches our depth in terms of provision for involvement of boys and girls at any level in both football and netball.

New players and families are always welcome at our club.

We are now enjoying outstanding training, playing and social facilities. Our recently developed complex features a two story sporting and social complex, double oval couch grassed playing surface and two flexi-pave netball courts. The outdoor lighting of both football and netball areas is ample. We enjoy separate large football and netball change areas while our members enjoy the modern, spacious social facilities on the second level of the complex.

Thursday evenings are a feature of our weekly social rouitine with over 150 boys and girls training then enjoying tea with their families in our social rooms. The senior football and netball players and supporters then move in to enjoy a meal and our weekly “Over the Barrel” presentations and teams segment.

We boast an excellent team of suitably trained medical officers. We greatly value the support and care that this group of people provide for all of our junior and senior netballers and footballers. We wish injury on no one but to know that in the case of a minor or more serious incident, our players will be well cared for.

GrainCorp’s Vision To be a leading international agribusiness, as our customers’ preferred partner. 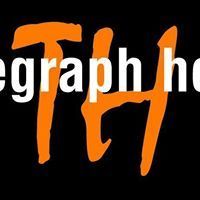 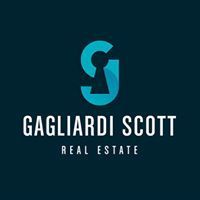