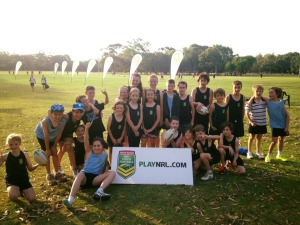 Touch Football South Australia members are being encouraged to provide feedback on a proposed Hockey facility development at Tuthangga (Park 17).

Adelaide City Council received a proposal from the Adelaide and Burnside Hockey Clubs to establish a two-pitch artificial turf hockey facility serviced by a centralised building that will support both Hockey Clubs. This proposal is planned to be implemented on existing City Touch fields (1-4) at Park 17.

As part of determining the feasibility of the proposal, ACC is engaging with the TFSA community on how it uses Tuthangga (Park 17), what improvements could be made to the Park to enhance its use, and what affect a new hockey facility will have on current users of the facility.

The South Australian State Operations Advisory Panel (SOAP) has been working with TFA management to ensure the views of members are represented to ACC, State Government and other stakeholders. SOAP has focused on encouraging members to respond directly to the ACC request for feedback on the proposal.

“It’s important that members take the time to put in a submission to Council so they’re aware of the impact of the proposal will have on the current Touch Football facilities” said Jane Russo, TFSA SOAP Chair.

“Members and participants have until 9am on 26 April to get a response in. We will be putting in a submission on behalf of the whole sport in South Australia but it’s important that Council hear directly from individual members of the public as well.”

A number of community consultations have been organised by ACC and TFSA to give members an opportunity to ask questions and better understand the proposal.

Park 17 is currently the home base of the sport in South Australia with regular weekly competitions, representative programs, volunteer training and events conducted all year round.

“Park 17 has been the home of Touch Football in South Australia for over 20 years,” Touch Football Australia Chief Executive Officer, Colm Maguire said. “There are over 10,000 participants utilising the facility for Touch Football every year and we’re committed to growing that number. Being able to play Touch Football at Park 17 is central to our plans in the state and it will ensure we cement our position as the leading community sport.

“We are providing a service for the local community to access Australia’s most affordable sport with very little requirement of impact on the existing Parklands. Not only is there regular weekly competitions but the venue has been the home base for significant national and international events like Masters Games, Pacific School Games and Deaf Games over the last couple of years.

“TFA is investing heavily in junior participation and a lot of the programs to get children active and involved in the sport are run at Park 17.”

Individual submissions can be submitted at the following link:

Details of the community consultations are below:

TFSA State Operations Advisory Panel (SOAP) members and staff will be available to talk to members about the proposal from 5:45pm onwards on Thursday 6 April at City Touch (Park 17).

A representative of ACC will be in attendance on the night to answer questions on the development.

The ACC will also be conducting a community briefings to answer questions or queries about the proposal. The sessions will be held on site at Tuthangga (Park 17) on Saturday 8 April from 10am to 2pm.

All members are encouraged to attend.

Comment Guidelines: The SportsTG Network is made up of players, families and passionate sports followers like you who have a strong opinion about sport. That's great - we want you to have your say and share your thoughts with the world. However, we have a few rules that you must follow to keep it fun for all. Please don't be rude, abusive, swear or vilify others. Apart from some pretty serious sport sanctions, we also can ban you and report you if things get out of hand. So play fair and have fun, and thanks for your contribution.

50% off the initial consultation for TFSA members! Quote your name and competition or present a voucher!